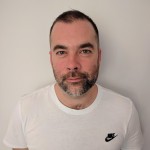 Richard Baxter is an SEO Consultant of over 15 years and the Founding member of digital agency, Builtvisible.

Richard created Builtvisible in September 2009, an agency formerly known as SEOgadget. Since then he has grown a one-man SEO consulting agency into a 50 strong, industry accredited full service organic digital agency based in the heart of Old Street, in London.

In June 2016, Richard stepped down as Managing Director, handing over the role to Geoff Griffiths. Richard now sits on the board in his capacity as non-Executive Director.

Richard brings deep experience in SEO and organic digital marketing, having begun his career in search in 2003. Having worked in highly competitive verticals including travel, finance and retail throughout his career, Richard understands what is required to perform well in a crowded, competitive marketplace. A recognised SEO expert, Richard has played a role in shaping how our industry thinks though his published work, guides and speaking sessions. Richard continues to contribute to the Builtvisible blog and via his personal blog.

Builtvisible (once known as SEOgadget) sprang to life in a bedroom in Mile End in 2009. Actually, there had been a blog for a year or so prior to...

How to identify, diagnose and resolve duplicate content issues on your site to improve your performance in organic search. Background to this article In 2009, I was sat on...

An SEO’s guide to site architecture

Visualising the principles of basic site architecture issues for SEO, identifying problems and devising actionable methods to solve them. Background to this article In 2011, I gave a presentation...

A guide to recruitment website SEO: How to optimise jobs sites for search engines

A guide to optimising jobs sites in the recruitment industry I originally wrote this article in 2008 in the very early days of Builtvisible. Now updated for 2019, I’m...

How to tidy up your .htaccess redirects

What are Fraggles, and how do I get them? A very, very long time ago Google announced their support for a new feature, that they referred to as “jump...

How to use Robots.txt rules including wildcards, the X-Robots-Tag and noindex indexing directives to keep your content out of Google. Occasionally, we all find an item of content that...

Rapid Bulk Translation in Excel with the Google Translate API

I often come across the need to create a large data set from websites that don’t use English language content. Most often, the translate-at-some-kind-of-scale-cheaply challenge occurs when I’m building...

Fetch as GoogleBot, Indexing API & methods to get your site recrawled by Google Back in 2010, I appeared on a Whiteboard Friday with Rand Fishkin talking about ways...

How to achieve a successful SEO career by focusing on acquiring a technical skill set The world of Search Engine Optimisation and its many sub-categories of specialisms is as...

Are you ranking for keywords that are missing from your page? This article shares a simple Excel methodology to answer that question for you. It uses SEO Tools for...

How to make a pivot table and chart in Excel

For those of you that have been following my work for the past decade (or more), you’ll know that much of my early work was teaching SEO’s how to...

What is Scraping? “Scraping” is a way of automating or scaling the process of gathering information from different websites on the Internet. It’s a bit of a staple in...

How to download, install and use WGET in Windows Ever had that terrifying feeling you’ve lost vital assets from your website? Perhaps you need to move to a new...

XML Sitemaps: How to check your XML sitemaps for errors

Today, I want to share some tips for quickly weeding out errors in sitemap XML files. This post will teach you a few new tricks with the search industry’s...